Impact of mission for integrated development of horticulture (MIDH) in Haryana

During the twelfth five-year plan govt of India has launched mission for integrated development of horticulture with effect from 2014-15 for holistic development of horticulture sector. Horticulture sector has emerged as an important source of farmer’s income in Haryana and Kinnow is one of the most important and focused fruit crops under this scheme in Haryana. So, the study was carried out to analyse the trends in area, production and productivity of horticultural crops, to calculate the economics of kinnow and to identify the constraints faced by kinnow growers based on both primary and secondary data. Sirsa district of Haryana was selected as study area as it has highest area under cultivation of kinnow in the state. From the results a positive growth trend in horticulture sector was found. The CGR in area, production and productivity under total horticultural crops in Haryana from 2005-06 to 2017-18 was found to be of 5.08 per cent, 7.55 per cent and 2.34 per cent, respectively. The average total establishment cost, operational cost, NPV, IRR, B: C ratio and payback period for kinnow were found of Rs.122460, Rs. 56662, Rs.747703.64, 26.24 per cent and 7 years, respectively. Major constraints faced by fruits growers were as lack of infrastructure for processing and storage, inadequate infrastructure for post-harvest management, poor marketing facility, lack of good quality planting materials etc. 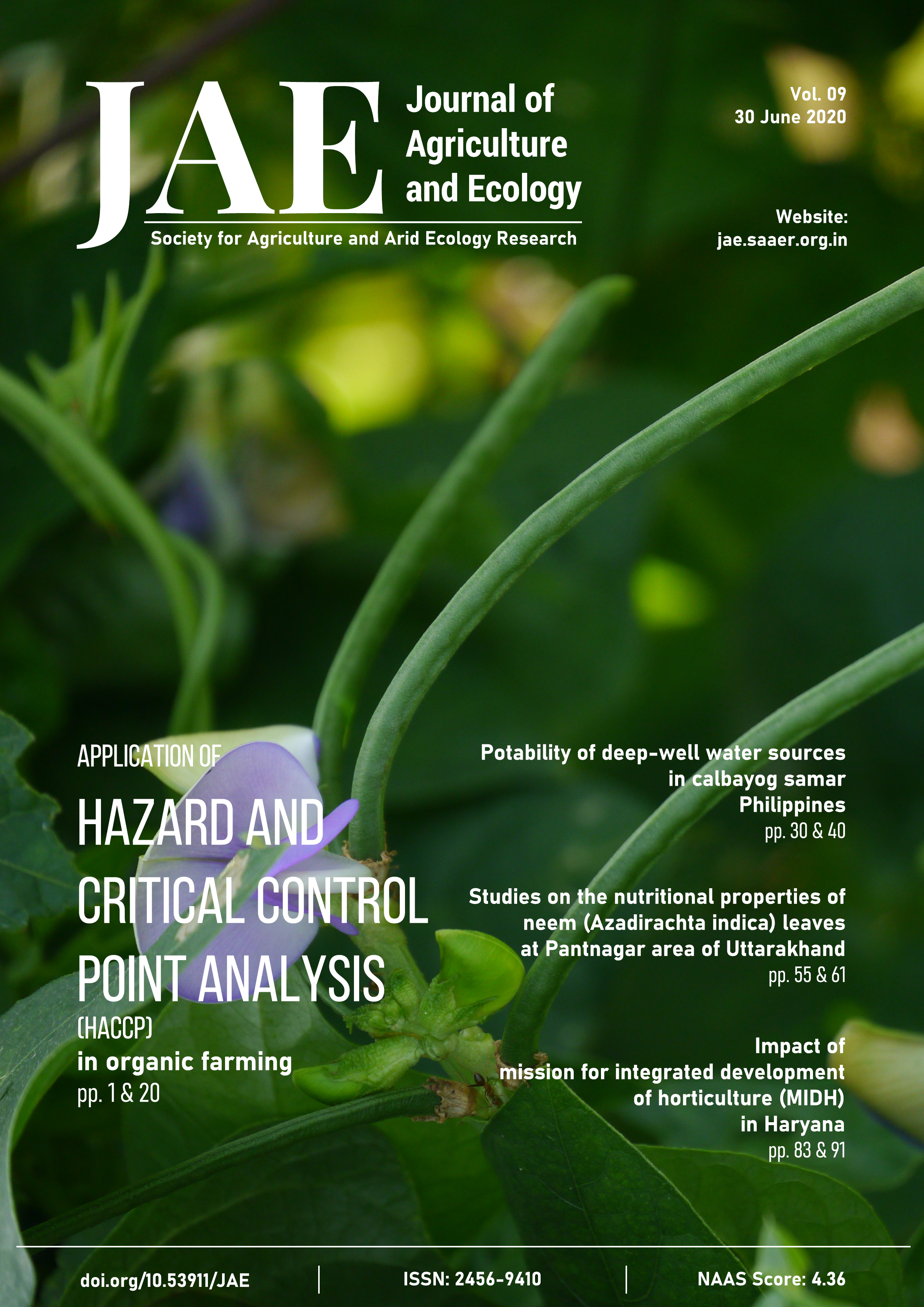